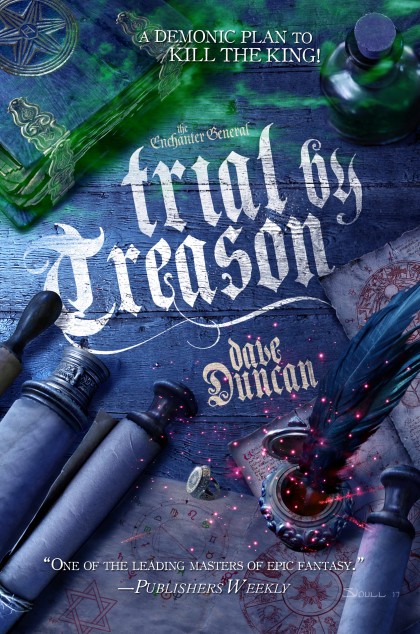 A burgeoning Saxon enchanter confronts a demonic plot against the king in the sequel to Ironfoot, a historical fantasy series set in twelfth century England.

King Henry, campaigning in France, receives a muddled warning of a treasonous conspiracy in Lincoln Castle, his great fortress in the center of England. His enchanters report that the letter contains both truth and lies, but cannot determine which is which. Putting little stock in the warning, he sends an eager young knight to lead a troop of men and investigate, and since the letter includes hints of magic, Henry orders him to enlist the help of Durwin, the young Saxon whose education he has been financing these last two years.

Durwin takes an assistant and accompanies the troop to Lincoln, but quickly finds his blossoming abilities as a sage are not warmly received. Upon reaching town, it only takes a couple of hours for Durwin to realize that they are up against a vast Satanic conspiracy―and his companions may have already fallen into a deadly trap!