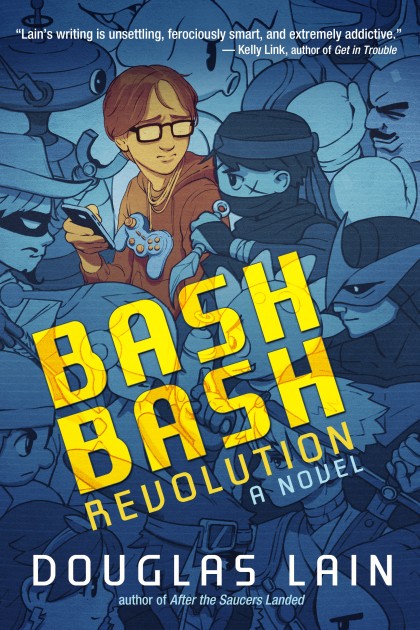 Seventeen-year-old Matthew Munson is ranked thirteenth in the state in Bash Bash Revolution, an outdated Nintendo game from 2002 that, in 2016, is still getting tournament play. He’s a high school dropout who still lives at home with his mom, doing little but gaming and moping. That is, until Matthew’s dad turns up again.

Jeffrey Munson is a computer geek who’d left home eight years earlier to work on a top secret military project. Jeff has been a sporadic presence in Matthew’s life, and much to his son’s displeasure insists on bonding over video games. The two start entering local tournaments together, where Jeff shows astonishing aptitude for Bash Bash Revolution in particular.

Then, as abruptly as he appeared, Matthew’s father disappears again, just as he was beginning to let Jeff back into his life.

The betrayal is life-shattering, and Matthew decides to give chase, in the process discovering the true nature of the government-sponsored artificial intelligence program his father has been involved in. Told as a series of conversations between Matthew and his father’s artificial intelligence program, Bash Bash Revolution is a wildly original novel of apocalypse and revolution, as well as a poignant story of broken family.

Douglas Lain is the author of many short stories. He understands that you’re dead the moment you even think “Down With Big Brother” but he says it out loud as often as he can despite himself. He lives with his wife and four children in Portland, Oregon.