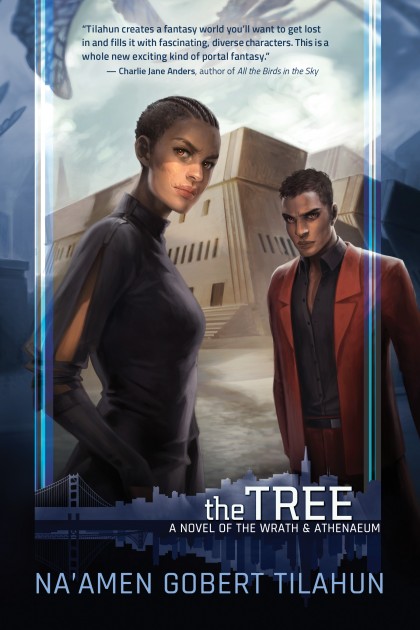 The sequel to The Root, a compelling urban fantasy series set between modern-day San Francisco and an alternate dimension filled with gods and worlds of dark magic.

In Corpiliu, an alternate dimension to our own, a darkness grows, devouring whole cities as it spreads. Robbed of her greatest power, separated from her siblings and thrown among people she does not trust, Lil, a ’dant from the city Zebub, must find a way to turn everything around, to trust in a power she knows nothing about.

Erik travels from San Francisco to Zebub, haunted by the ghost of his ex, still coming to terms with his true identity as a descendant of the gods, and unsure how to fight what seems to have no weakness. Pushing back against taboos meant to keep the true history of Corpiliu secret, he gains many enemies and few allies, and strange visions will make him question his own sanity.

Between Earth and Corpiliu, a war is developing on two fronts, one that might well mean the end of both dimensions. In The Tree, the dynamic follow-up to the exciting fantasy debut The Root, long-held secrets will be revealed, and long-trusted loyalties will be put to the test.