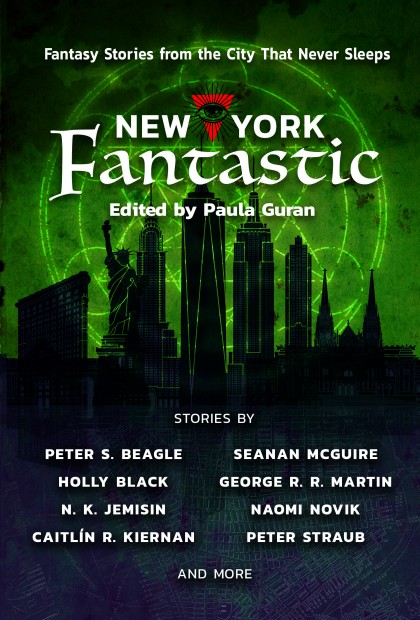 An intriguing but insular man with telekinetic powers becomes New York City’s greatest superhero . . . A love affair blossoms between the Empire State Building and the Chrysler Building . . . There are tunnels under New York that do not appear on any map . . . Being a Manhattan real estate broker for supernaturals is a real challenge . . . Editor and anthologist Paula Guran collects a diverse array of unusual and memorable tales set in the Big Apple, from a who’s-who of New York Times bestsellers and Hugo and Nebula Award-winning writers including George R. R. Martin, Peter Straub, Naomi Novik, Maria Dahvana Headley, Holly Black, and many more. Anyone who’s visited New York, New York knows what a “magical” place it is; these stories reveal just how marvelous, extraordinary, mysterious, and even occasionally eerie a truly fantastic city can be.

Paula Guran is a two-time Bram Stoker Award winner. In addition to scores of novels and several single-author collections, the published work she has edited includes about thirty anthologies, including her annual Year’s Best Dark Fantasy & Horror series. She lives in Akron, Ohio.