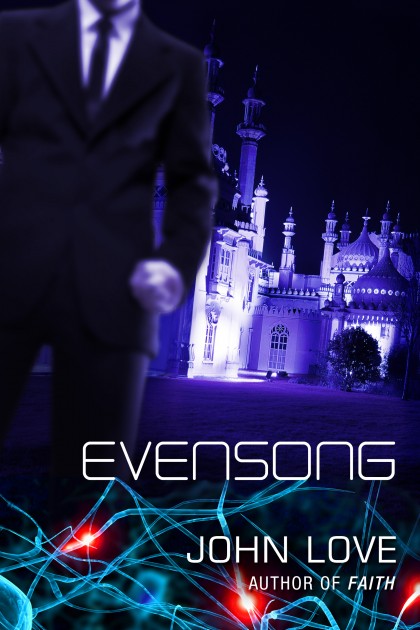 A near-future thriller where those who protect humanity are not always completely human.

The future is a dangerous place. Keeping the world stable and peaceful when competing corporate interests and nation-states battle for power, wealth, and prestige has only gotten harder over the years. But that’s the United Nations’ job. So the UN has changed along with the rest of the world. When the UN’s “soft” diplomacy fails, it has harder options. Quiet, scalpel-like options: The Dead—biologically enhanced secret operatives created by the UN to solve the problems no one else can.

Anwar Abbas is one of The Dead. When the Controller-General of the UN asks him to perform a simple bodyguard mission, he’s insulted and resentful: mere bodyguard work is a waste of his unique abilities. But he takes the job, because to refuse it would be unthinkable.

Anwar is asked to protect Olivia del Sarto, the host of an important upcoming UN conference. Olivia is head of the world’s fastest-growing church, but in her rise to power she has made enemies: shadowy enemies with apparently limitless resources.

Anwar is one of the deadliest people on earth, but her enemies have something which kills people like him. And they’ve sent it for her. It’s out there, unstoppable and untraceable, getting closer as the conference approaches.

As he and Olivia ignite a torrid affair, Anwar must uncover the conspiracy that threatens to destroy her, the UN, and even The Dead.

John Love spent most of his working life in the music industry. He was Managing Director of PPL, the world’s largest record industry copyright organization. He also ran Ocean, a large music venue in Hackney, East London. He lives just outside London in north-west Kent with his wife and cats (currently two, but they have had as many as six). They have two grown-up children. Apart from his family, London...