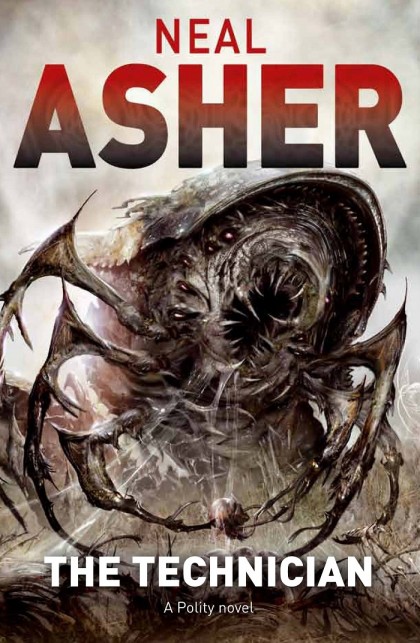 The Theocracy has been dead for twenty years, and the Polity rules on Masada – but it is an order that the rebels of the Tidy Squad cannot accept, and the iconic Jeremiah Tombs is top of their hitlist. Tombs, meanwhile, has escaped his sanatorium. His insanity must be cured, because the near-mythical hooder, called ‘the Technician’, that attacked him all those years ago, did something to his mind even the AIs fail to understand. Tombs might possess information about the suicide of an entire alien race. It’s up to the war drone Amistad to discover this information, with the help of an ex-rebel Commander, the black AI Penny Royal and the amphidapt Chanter. Meanwhile, in deep space, the mechanism the Atheter used to reduce themselves to animals stirs from slumber and begins to power-up its weapons . . .