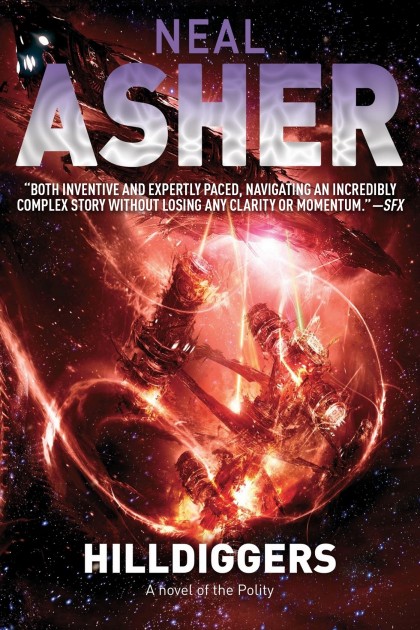 During a war between two planets in the same solar system – each occupied by adapted humans – what is thought to be a cosmic superstring is discovered. After being cut, this object collapses into four cylindrical pieces, each about the size of a tube train. Each is densely packed with either alien technology or some kind of life. They are placed for safety in three ozark cylinders of a massively secure space station. There a female research scientist subsequently falls pregnant, and gives birth to quads. Then she commits suicide – but why? By the end of the war one of the contesting planets has been devastated by the hilldiggers – giant space dreadnoughts employing weapons capable of creating mountain ranges. The quads have meanwhile grown up and are assuming positions of power in the post-war society. One of them will eventually gain control of the awesome hilldiggers . . .