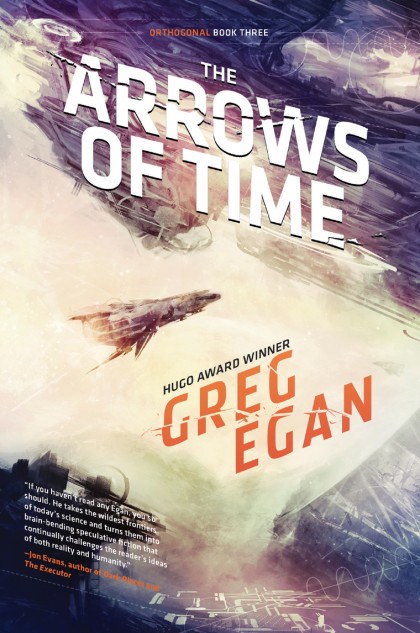 In an alien universe where space and time play by different rules, interstellar voyages last longer for the travellers than for those they left behind. After six generations in flight, the inhabitants of the mountain-sized spacecraft the Peerless have used their borrowed time to develop advanced technology that could save their home world from annihilation.

But not every traveller feels allegiance to a world they have never seen, and as tensions mount over the risks of turning the ship around and starting the long voyage home, a new complication arises: the prospect of constructing a messaging system that will give the Peerless news of its own future.

While some of the crew welcome the opportunity to be warned of impending dangers - and perhaps even hear reports of the ship's triumphant return - others are convinced that knowing what lies ahead will be oppressive, and that the system will be abused. Agata longs for a chance to hear a message from the ancestors back on the home world, proving that the sacrifices of the travellers have not been in vain, but her most outspoken rival, Ramiro, fears that the system will undermine every decision the travellers make.

When a vote fails to settle the matter and dissent erupts into violence, Ramiro, Agata and their allies must seek a new way to bring peace to the Peerless - by traveling to a world where time runs in reverse.

The Arrows of Time is the final volume of the Orthogonal trilogy, bringing a powerful and surprising conclusion to the epic story of the Peerless that began with The Clockwork Rocket and The Eternal Flame.

Greg Egan is the author of the acclaimed SF novels Diaspora, Quarantine, Permutation City, and Teranesia. He has won the Hugo Award as well as the John W. Campbell Memorial Award. His short fiction has been published in a variety of places, including Interzone, Asimov’s, and Nature. Egan holds a BSc in Mathematics from the University of Western Australia, and currently lives in Perth.