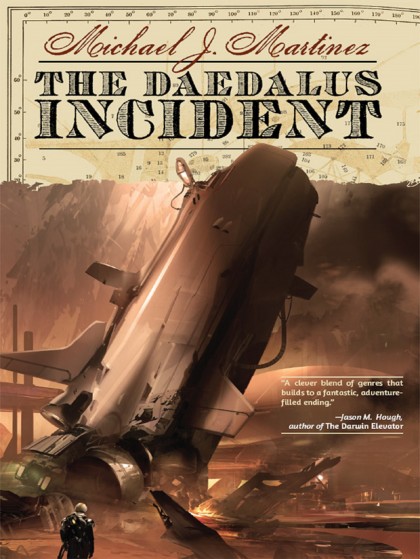 Mars is supposed to be dead…
a fact Lt. Shaila Jain of the Joint Space Command is beginning to doubt in a bad way.

Freak quakes are rumbling over the long-dormant tectonic plates of the planet, disrupting its trillion-dollar mining operations and driving scientists past the edges of theory and reason. However, when rocks shake off their ancient dust and begin to roll—seemingly of their own volition—carving canals as they converge to form a towering structure amid the ruddy terrain, Lt. Jain and her JSC team realize that their realize that their routine geological survey of a Martian cave system is anything but. The only clues they have stem from the emissions of a mysterious blue radiation, and a 300-year-old journal that is writing itself.

Lt. Thomas Weatherby of His Majesty’s Royal Navy is an honest 18th-century man of modest beginnings, doing his part for King and Country aboard the HMS Daedalus, a frigate sailing the high seas between continents…and the immense Void between the Known Worlds. Across the Solar System and among its colonies—rife with plunder and alien slave trade—through dire battles fraught with strange alchemy, nothing much can shake his resolve. But events are transpiring to change all that.

With the aid of his fierce captain, a drug-addled alchemist, and a servant girl with a remarkable past, Weatherby must track a great and powerful mystic, who has embarked upon a sinister quest to upset the balance of the planets—the consequences of which may reach far beyond the Solar System, threatening the very fabric of space itself.

Set sail among the stars with this uncanny tale, where adventure awaits, and dimensions collide! 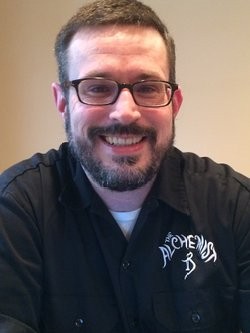 Michael J. Martinez is the author of the Daedalus series, and is a member of the Science Fiction and Fantasy Writers of America. Mike is a former journalist who, when not writing about sailing ships in space, enjoys cooking, homebrewing, and travel, along with all things geek. He lives with his wife and daughter in the greater New York City area.