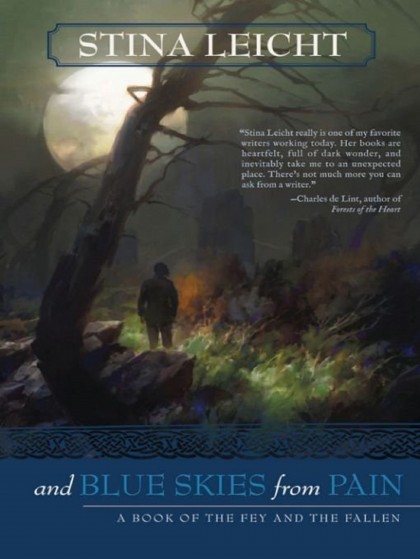 Northern Ireland, 1977. Liam Kelly is many things: a former wheelman for the IRA, a one-time political prisoner, the half-breed son of a mystic Fey warrior and a mortal woman, and a troubled young man literally haunted by the ghosts of his past. Liam has turned his back on his land’s bloody sectarian Troubles, but the war isn’t done with him yet, and neither is an older, more mythic battle–between the Church and its demonic enemies, the Fallen.

After centuries of misunderstanding and conflict, the Church is on the verge of accepting that the Fey and the Fallen are not the same. But to achieve this historic truce, Liam must prove to the Church’s Inquisitors that he is not a demon, even as he wrestles with his own guilt and confusion, while being hunted by enemies both earthly and unworldly.

A shape-shifter by nature, Liam has a foot in two worlds–and it’s driving him mad.

Stina Leicht currently lives in central Texas with her husband, their shared library, and a cat named Sebastian. She still sings too loud to punk music in her car, reads too much, and otherwise makes a general fool of herself because it’s too much effort to take herself seriously.