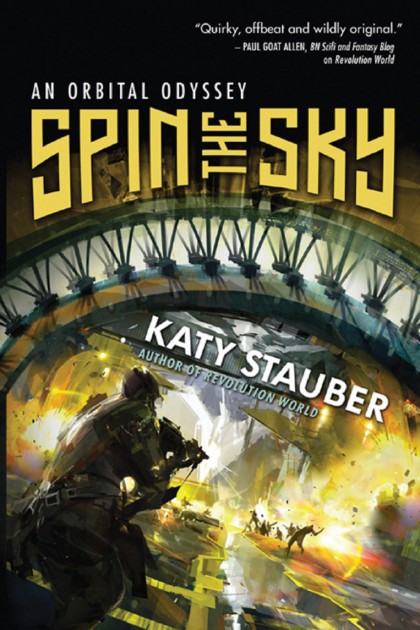 
Fifteen years after winning the Spacer War, Cesar Vaquero has returned to Ithaca, a rugged orbital colony that boasts the only herd of cattle in space, and a wife and a son who don’t even recognize him when he shows up at their doorstep. Posing as a homeless drifter, he soon discovers that making his way home past space pirates, one-eyed giants, and mad scientists was the easy part . . . .

Penelope swore off men after her husband disappeared. She’s been busy enough running the ranch, raising her son, and fending off pushy suitors eager to get their hands on her and her herd. But something about this war-weary drifter stirs forgotten feelings in her, even as sabotage, rustlers, and a space stampede threaten to tear Ithaca apart!

Spin the Sky is an rollicking, high-spirited riff on a certain classic odyssey--featuring characters as big and full of surprises as Space itself!

Katy Stauber has degrees in Biochemistry and Mathematics from Texas A&M University. She currently lives with her husband and two sons in Austin, TX.