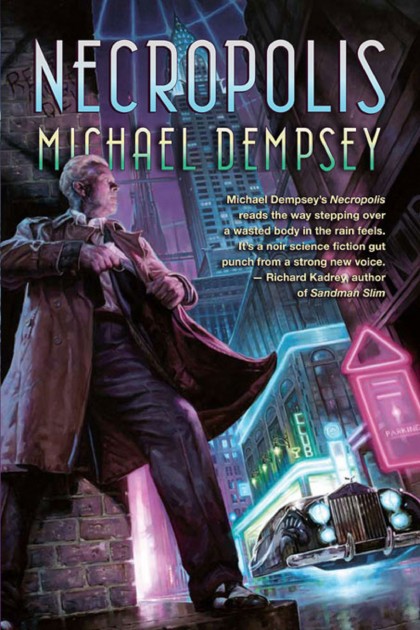 In a world where death is a thing of the past, how far would you go to solve your own murder? NYPD detective Paul Donner and his wife Elise were killed in a hold-up gone wrong. Fifty years later, Donner is back: revived courtesy of the Shift. Supposedly the unintended side-effect of a botched biological terrorist attack and carried by a ubiquitous retrovirus, the Shift jump-starts dead DNA and throws the life cycle into reverse, so reborns like Donner must cope with the fact that they are not only slowly youthing toward a new childhood, but have become New York's most hated minority. With New York quarantined beneath a geodesic blister, government and basic services have been outsourced by a private security corporation named Surazal. Reborns and infected norms alike struggle in a counterclockwise world, where everybody gets younger, you can see Elvis every night at Radio City Music Hall, and nobody has any hope of ever seeing the outside world. Lost in a sea of nostalgia, NYC becomes an inwardly focused schizophrenic culture of alienation and loss. In this backwards-looking culture where only some of the dead have returned, Donner is haunted by revivers guilt, and becomes obsessed with finding out who killed him and his non-returning wife. Little does he know, strange forces have already begun tracking him. Donner isn't the only one obsessed with the past.

Necropolis is Michael's first novel and the result of a lifetime's passion for speculative and crime fiction. In addition to his new career as a novelist, Michael has written, acted and directed in theater, television and film in New York, Los Angeles, Louisville, Cleveland and other venues across the country. As a writer, Michael wrote for network television in the 90s, most notably CBS's Cybill starring Cybill...