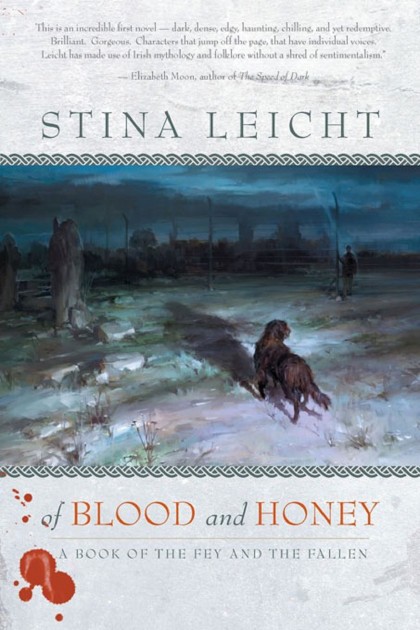 Liam never knew who his father was. The town of Derry had always assumed that he was the bastard of a protestant — his mother never spoke of him, and Liam assumed he was dead. But when the war between the fallen and the fey began to heat up, Liam and his family are pulled into a conflict that they didn’t know existed. A centuries old conflict between supernatural forces seems to mirror the political divisions in 1970’s era Ireland, and Liam is thrown headlong into both conflicts! Only the direct intervention of Liam’s real father, and a secret catholic order dedicated to fighting “The Fallen” can save Liam... from the mundane and supernatural forces around him, and from the darkness that lurks within him.

Stina Leicht currently lives in central Texas with her husband, their shared library, and a cat named Sebastian. She still sings too loud to punk music in her car, reads too much, and otherwise makes a general fool of herself because it’s too much effort to take herself seriously.