He was the perfect solution, he had all of West's skills, but his timeline was mine to play with. But, I didn't know who he was, or what motivated him. So I wrote a story about him, and another, and then another. Quickly the mash up novel was set aside and all my time was spent focused on Hartwell. Those stories became the novel Reanimators.

Now, just a year later that mash up novel I wanted to work on. The one that was called at various times The League of Lovecraftian Gentlemen, The Miskatonic Club, The Miskatonic Men's Aide Society, The Arkham Oddfellowes - well that became The Weird Company and that hits the streets in September.

Hartwell is back, but this time he's not alone, he and his cohort have been recruited by . . .

Well you'll just have to read the book now won't you.

This is the book I wanted to write from the start, and if you liked Reanimators, you will adore The Weird Company.
Books by: Pete Rawlik 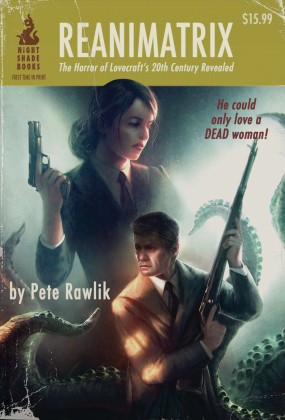